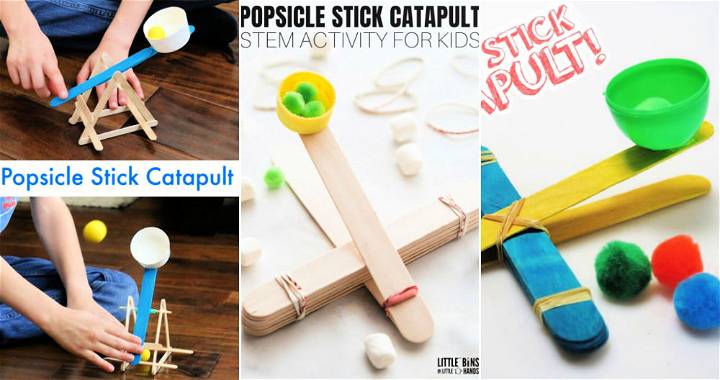 Suppose your little guy is all way more inspired by Angry birds instead of getting him on a video game on a laptop or a phone. Get him into something actually creative and productive. First, he could help you design and craft these challenging DIY catapults games. Use his vast imagination and excitement and then give him the perfect play popsicle catapult game. All you will need mainly to make a popsicle stick catapult is some rubber bands, popsicle sticks, paintbrushes and paint (to excite the idea of the game), maybe some glue, stones, a spoon, and a few other things.

Gather around your creativity and kid’s imagination to make popsicle stick catapults! Let’s dive in to get some amazingly productive game ideas!

1. How to Make Popsicle Stick Catapults 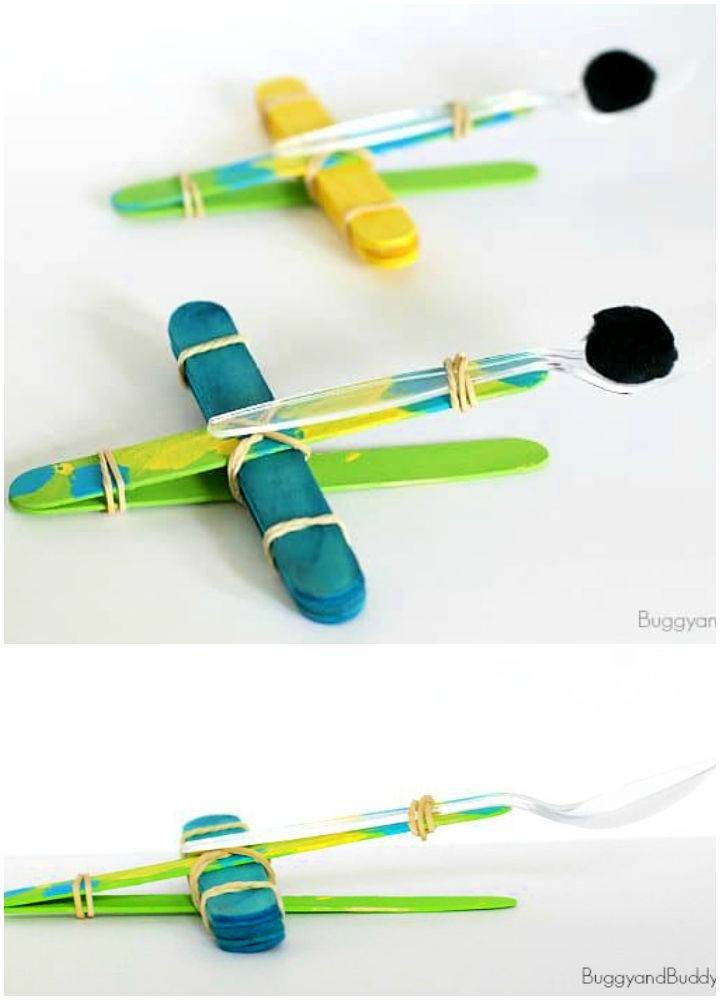 How to make a catapult with popsicle sticks? This rubber band catapult tutorial is laced with a friendly, fun game idea for your kids. With this popsicle stick catapult, you can use a spoon as the carrier to launch the stone or a tiny, harmless pompom. Develop strong STEM activity in your kids. Get full details in the tutorial. buggyandbuddy 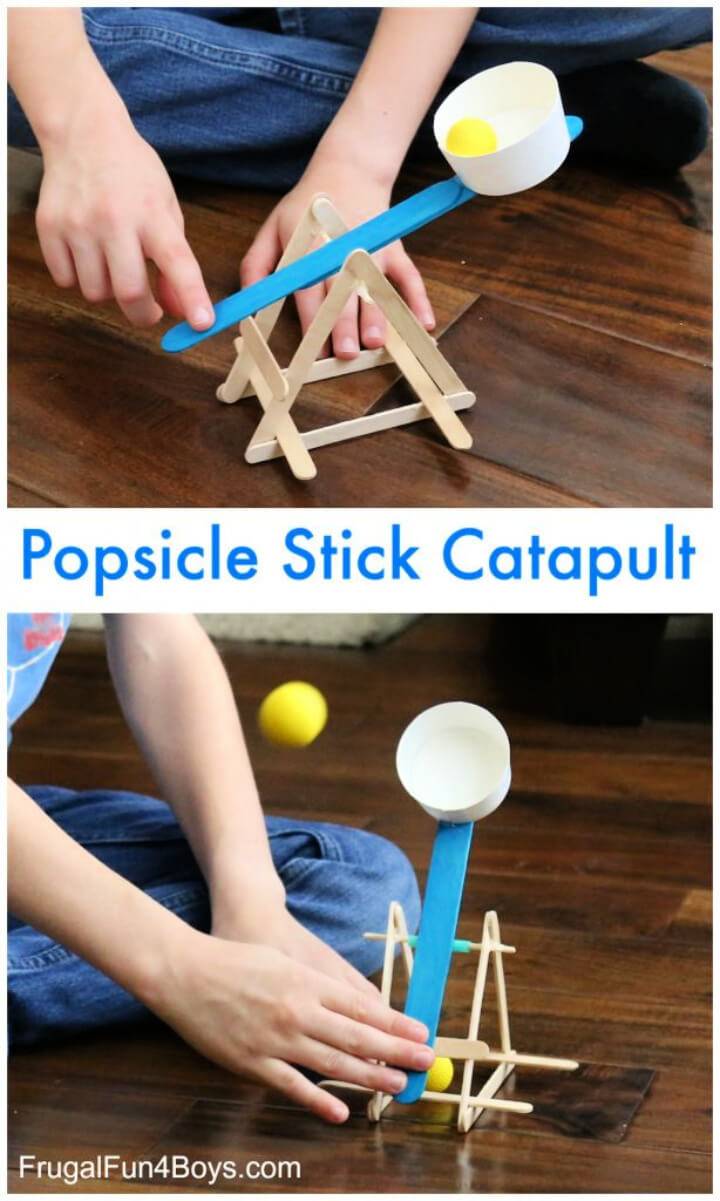 Gather some wide craft sticks, a bamboo skewer, some popsicle sticks, a hot glue gun, and straw. This exciting and challenging contraption will introduce the challenging sense in your kids to reach farther each time they hit! Fun with learning. frugalfun4boys 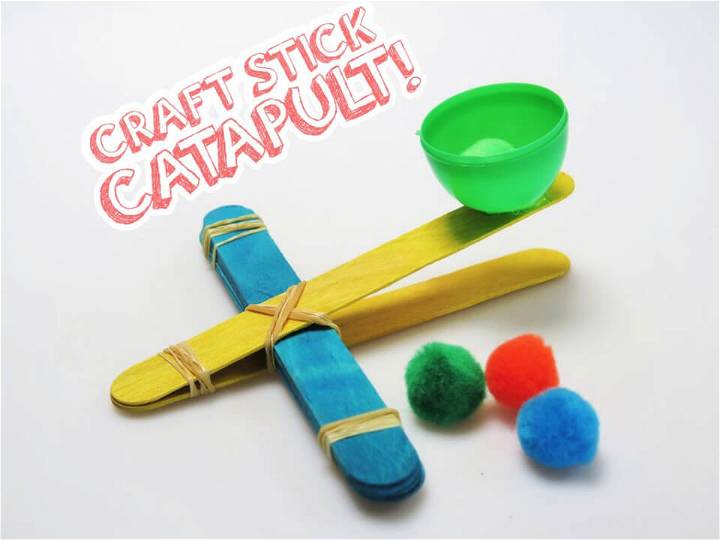 Paint some cool colors on craft sticks. Use the rubber band and tie them up in a perfect catapult by seeing the tutorial’s step-by-step guide. Make your kids hit far ahead or try reaching inside a bowl placed at a distance. See rubber band catapults details in the tutorial. instructables 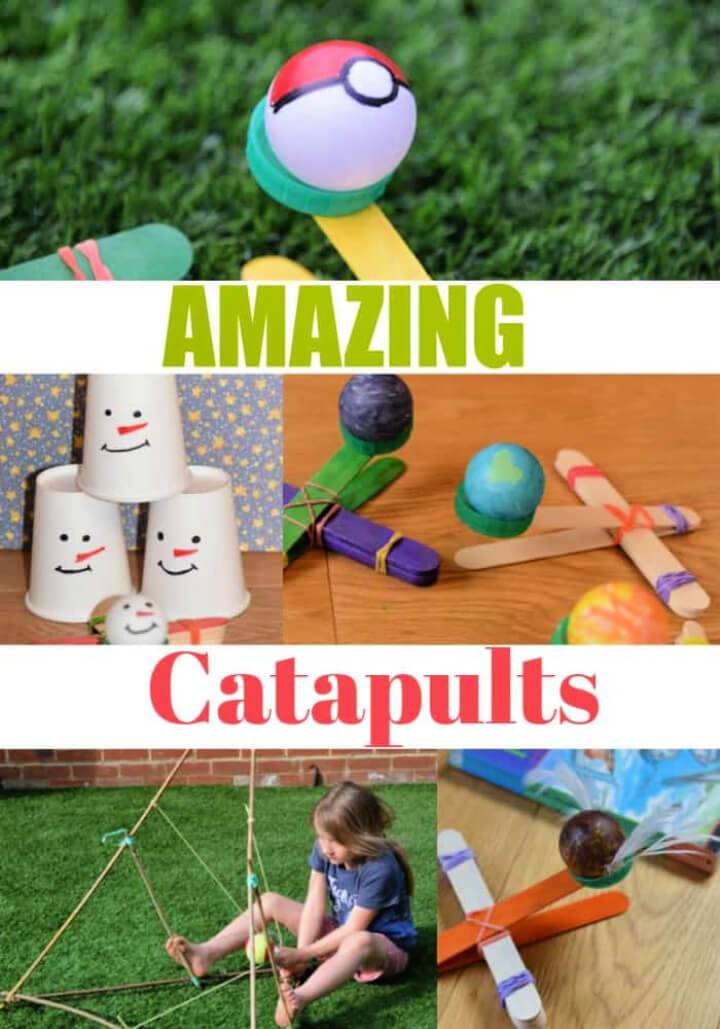 Use some small table tennis balls to hit and fall off the pyramid! Sounds so exciting to do so in real life instead of the same old eye-affecting video games. This could be one interesting engineering and design project! See details in the tutorial. science sparks 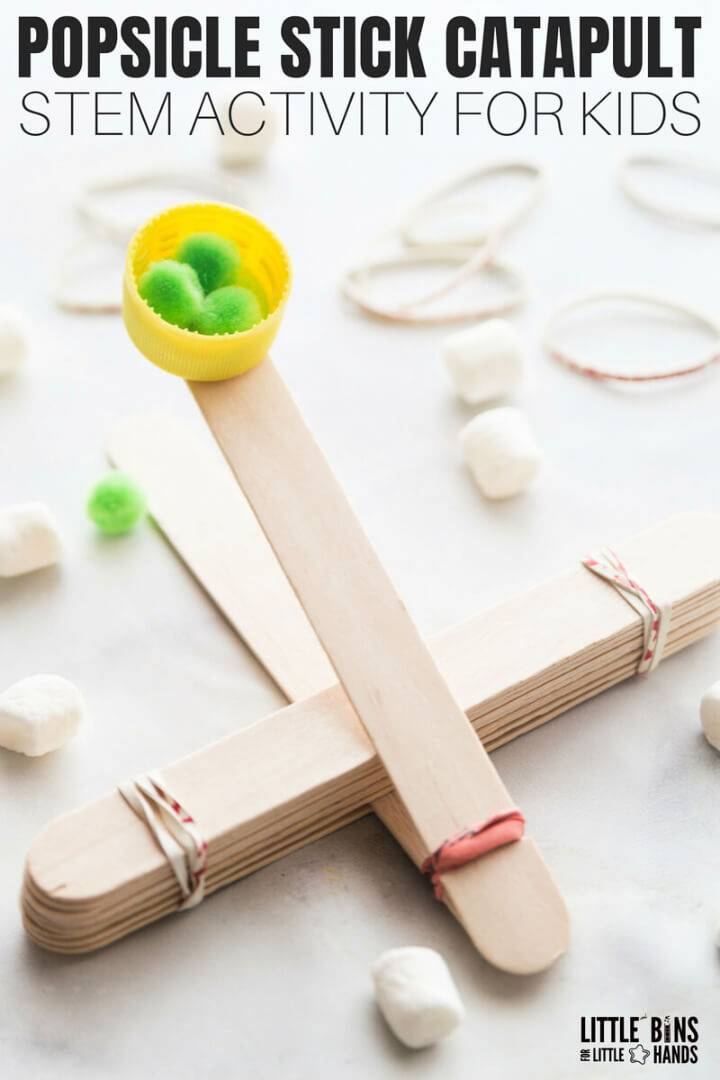 Using some elastic bands on a bundle of popsicle craft sticks, craft this catchy catapult to indulge your kids in a product STEM activity! They will love it. And, you can literally get it done within 5-7 minutes. See for yourself in the tutorial. littlebinsforlittle 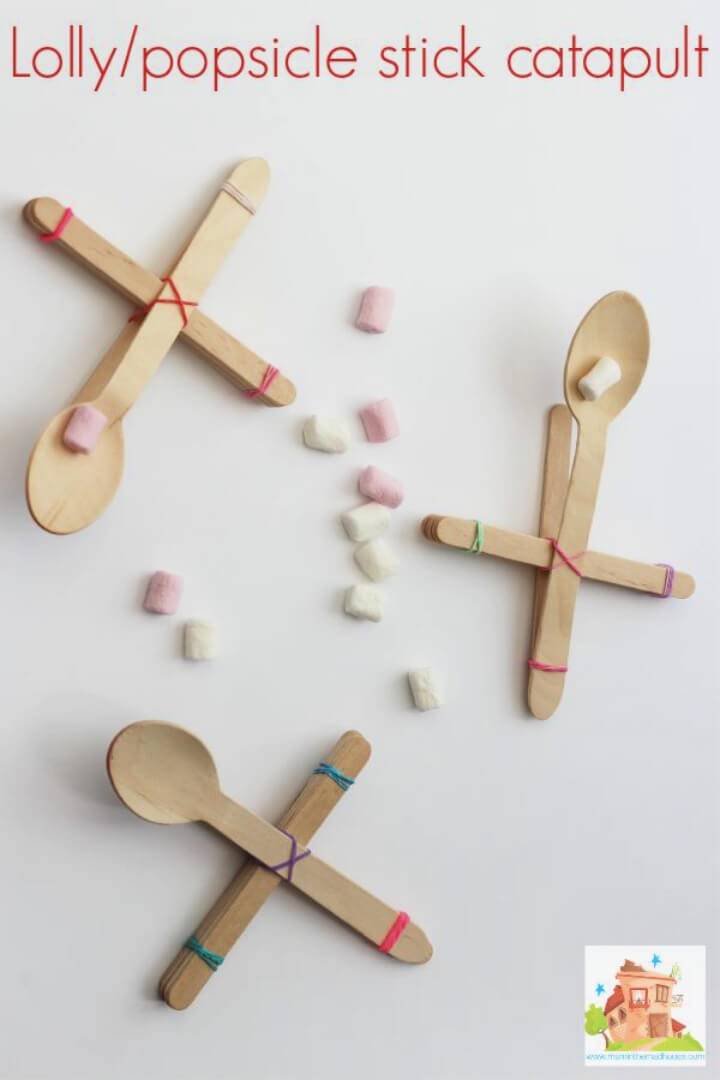 Gather around some lolly stick catapults, a wooden or plastic spoon, and loom or elastic bands. Choose the piece of target and the place of the target. Like you can add pompoms or marshmallows or tiny tennis balls! Go crazy with all the fun. See details in the tutorial. muminthemad 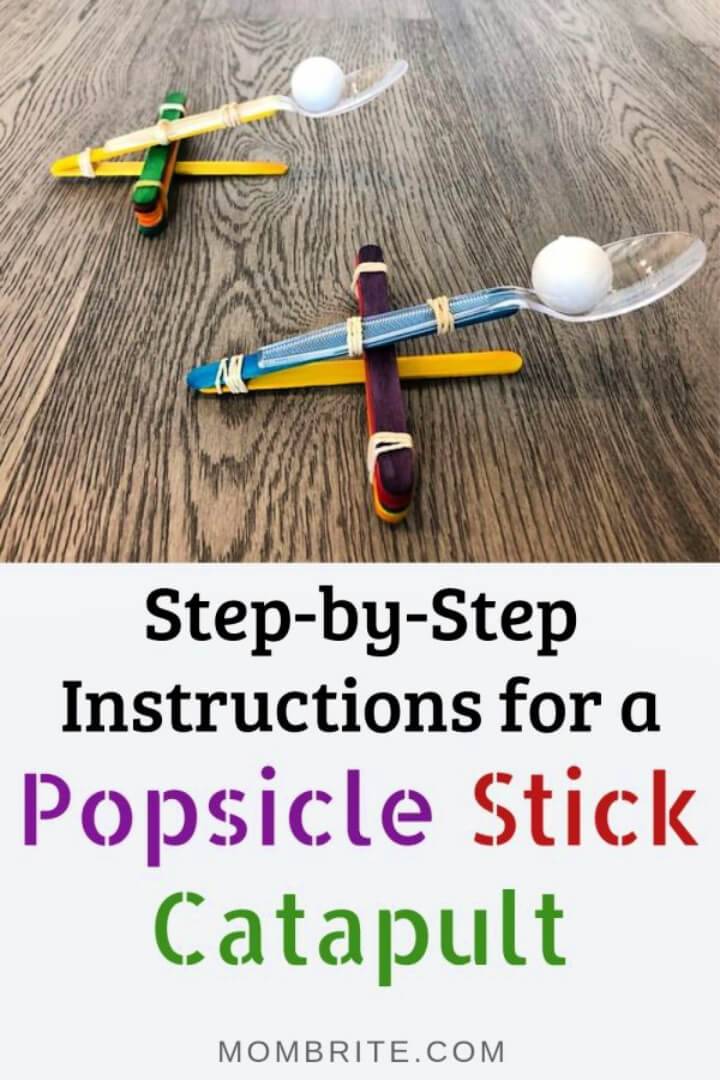 If you are too little to be a part of this craft design, put them to painting the popsicle sticks into different colors. Involve them in the craft designing and once you have crafted it. Help them launch the target! Get details in the tutorial. mombrite 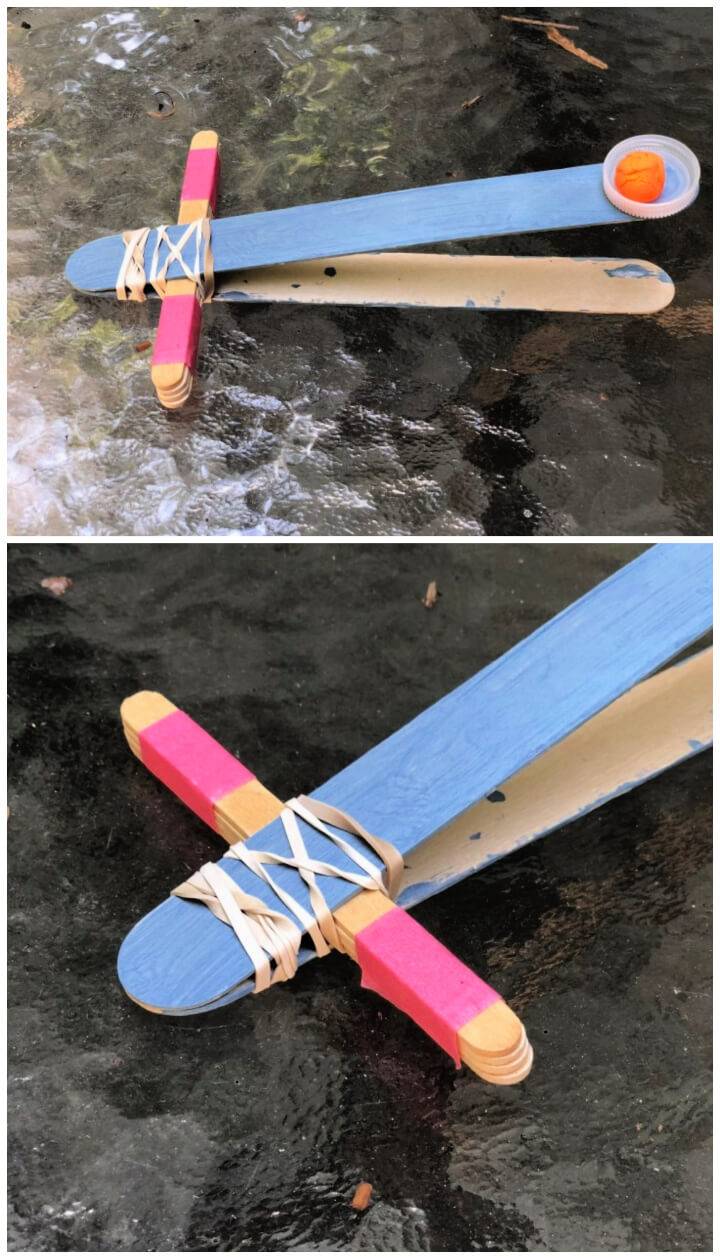 If you don’t have a spare soon available, don’t worry. Get two wide popsicle craft sticks and a bottle cap! Glue it to the edge of the craft stick. Give your kids the fun afternoon hitting for the target. Get full details in the tutorial. learnasyouplay

Make your own catapult at home instead of spending any money on the commercial ones. With these, you have no worries if they get broken. Because you can remake them in the next 5 minutes. Get details in the tutorial for making this fun catapult. frugalfamily

10. Popsicle Stick Catapult for Your Kids 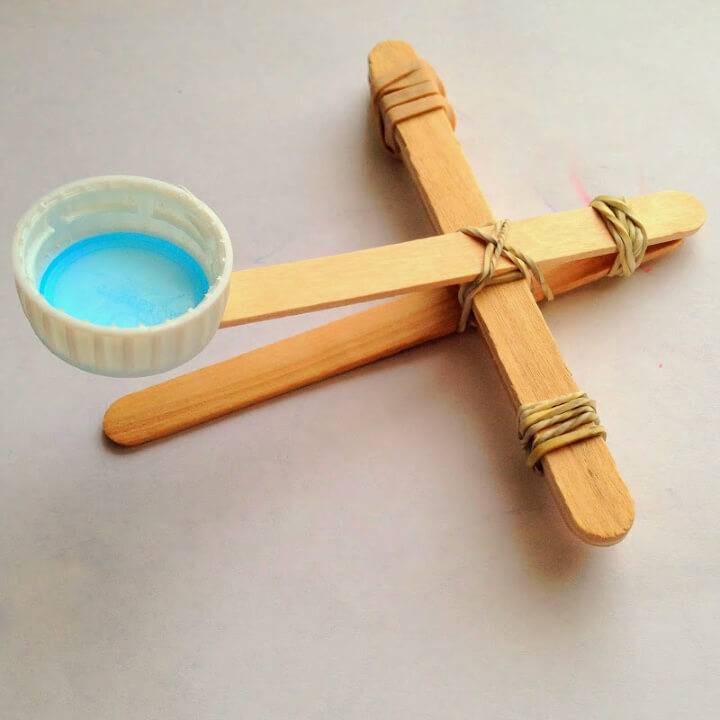 There is just SO much magic you can do in the world of DIY using some elastic bands and popsicle sticks. Make this fun-filled popsicle catapult to encourage a challenging spirit in your kids. Head over to the tutorial for full details. whatilivefor 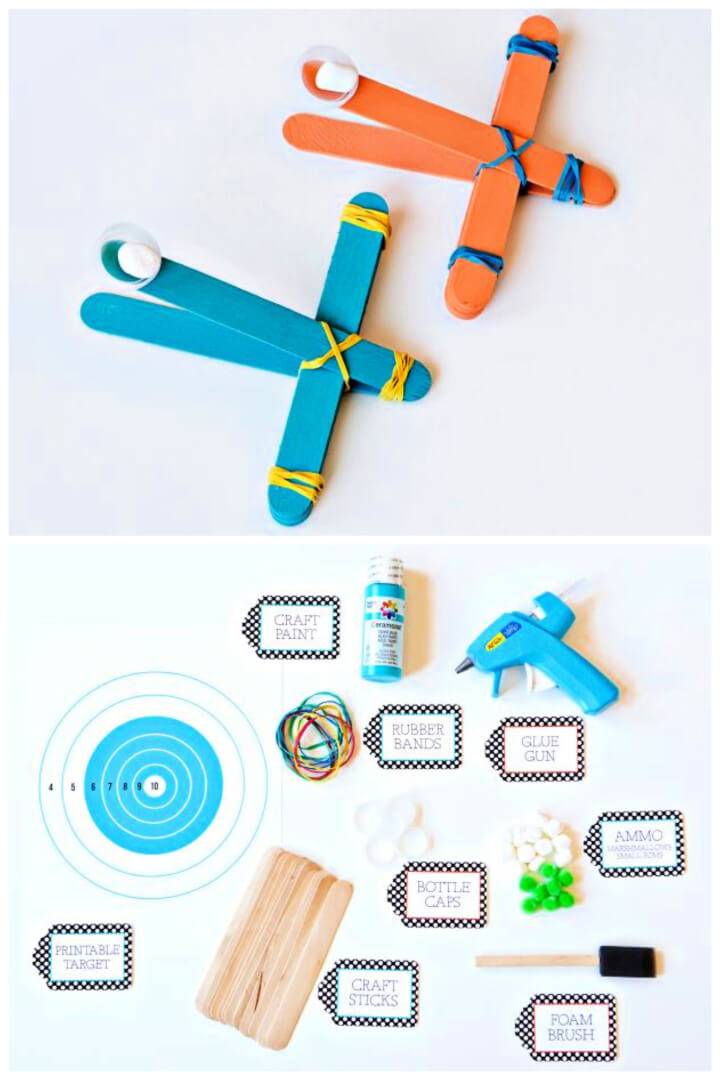 These neon themed toy popsicle catapults laced with marshmallows to launch is the cutest and equally exciting addition for a fun afternoon. Your kids will love this, and you can help them build up strong STEM activity cells. Get details in the tutorial. diynetwork 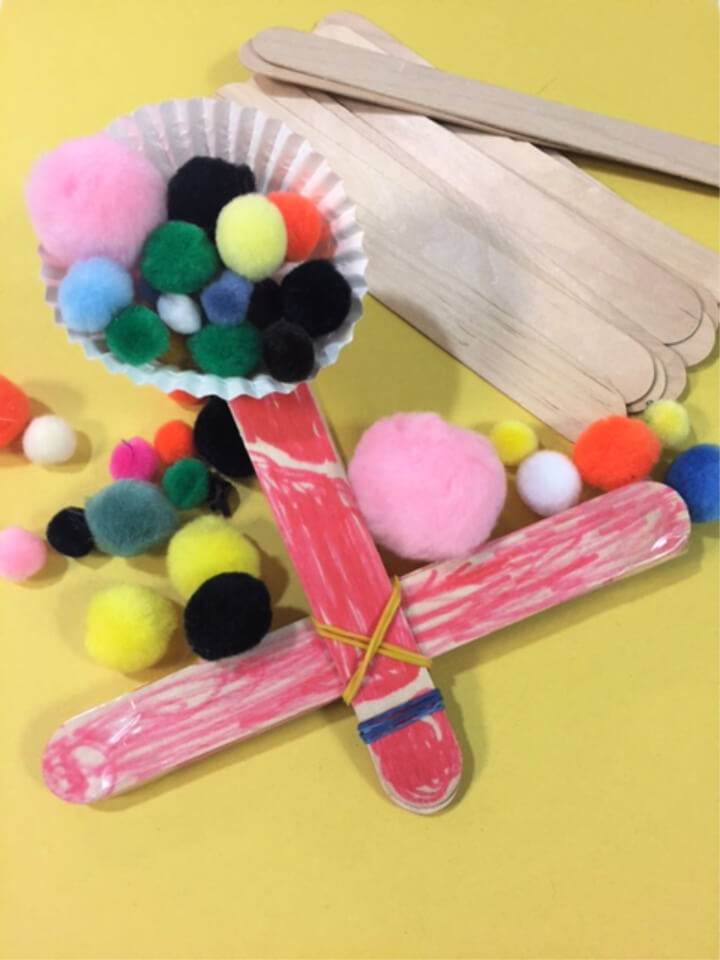 Have some crazy engineering and design fun at home in making these DIY popsicle stick catapults! Launch some funky pompoms to reach the target. Head over to the tutorial now to get the full construction plan! Your kids are going to love this absolutely. bklynlibrary

With the increasing trend of video games and cartoons, kids are gradually losing their STEM cell’s ability, sensory strengths, and the ability to overcome challenges. With these easy to make popsicle stick catapults, you can not only add real-time fun to your little one’s days but also indulge them in something actually meaningful and productive for them. Plus, think of all the fun you will have while crafting these. And yes, the amount of money saved instead of buying flashy catapults from the market! Happy targeting with these cuties!