Rats are a lot more than just a common nuisance. They can cause irreversible damage to your home. Rats spread potentially fatal diseases. Furthermore, you may be prone to rodent droppings allergies without even knowing it. To cut a long story short, if these little critters are currently trying to make your house their home, your best course of action is to get rid of them once and for all.

You’re probably aware that rats live in groups and prefer to hang out near people. No, they’re not very sociable or friendly. They just find lots of yummies in places that tickle your fancy as well. With all being said, you don’t want rats to make themselves at home in your house. However, when they do so, they hardly ever ask your permission in advance. In this post, we will provide some useful tips and hacks on using rat traps. Read on and feel the power of knowledge. 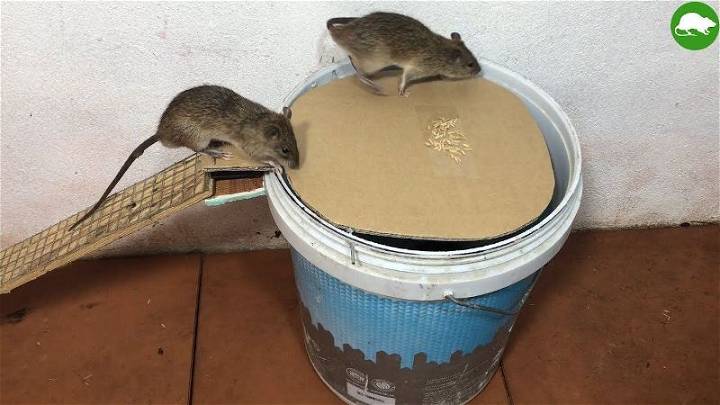 Rats are prone to using walls and fencing as guides, which means you won’t see them roaming around the central part of a room or garden. That being said, the best places for rat traps are near the walls and in the dimly lit locations. Naturally, if you already know your rats’ typical routes and party areas, placing traps where they’re most active is the best option. To boost your chances of catching your rodent invaders, position rat traps under pieces of furniture and inside closets.

Tip 2. Use the Right Baits

The choice of the best bait for a rat trap is determined by the rat species you’re focused on catching. Yep, different rat species have different dietary preferences. For example, black rats are considered vegetarians, while brown rats eat pretty much anything, from seeds and fruit to insects and snails. Black rats are known to love peanut butter, while brown rats have a thing for cheese. To cut a long story short, yummies with persistent smells are the perfect choice when it comes to attracting rats into traps.

When setting up and baiting a snap rat trap, always wear gloves. Here’s why. The thing is, rats have an acute sense of human smell, which means they will easily smell you (read as smell enemy) if you touch the trapping device without wearing gloves. If you do happen to avoid using gloves when holding a rat trap, make sure you wash your fingerprints off it using hot water prior to installing the thing. While the oil from your fingerprints left on a trap won’t make the whole rat trapping affair totally useless, but you want the best result, don’t you?

In the majority of cases, the rat population on your property is more exploding than you might think. Therefore, solving your rat problem with a few successfully positioned devices is hardly ever possible. So, you may need more traps than you’ve initially made or purchased (a dozen at least). Make sure you’re using rat traps as opposed to mice traps. The latter are usually too small to catch rats.

Tip 5. Let Rats Get Used to the Traps

Rats may have small heads; however, they’re not as stupid as you may think. Rats are suspicious creatures, especially when it comes to new gizmos that appear in places where they party most often. With that being said, do your best to ‘help’ your rodent home invaders get used to the traps you’ve installed. Wondering how to do that? Place a trap where your rats are most active without setting it. Let the critters get their favorite yummies from this safe version of the trap for a few days. Once the unwanted visitors have accepted the thing, enjoy baiting it and setting it up to snap.

Now, what about you? Have you ever been engaged in rat wars on your property? If you have, you’re welcome to share your opinion with your fellow survivors in the comment section below. Your experience may come in handy for everyone who’s currently trying to keep their home free of rats. We value any kind of feedback greatly.